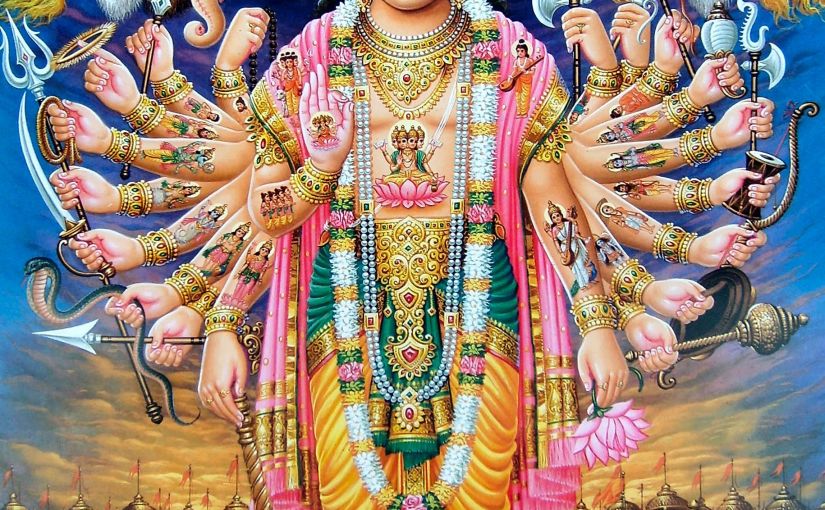 Hi everyone! Last month we missed our usual pantheon post so I thought I would post it just a little earlier this month. Today we are going to talk about the Hindu pantheon. As I always say, this pantheon is not one I have previous knowledge on so, if I skip a god or goddess from this pantheon that you think I should include, I encourage you to let me know in the comments. Now lets get started.

Ganesha: When picturing this god think of a 4 armed elephant man with the physique of Buddha. He is the god of success, knowledge, and wealth. He could be considered one of the most important Hindu deities because all sectors of the faith worship him. He is often shown riding a mouse. 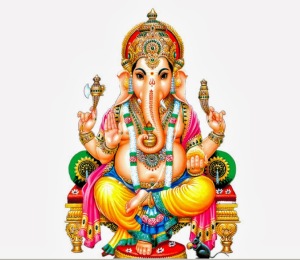 Shiva: This God is also depicted as having 4 arms and he often has blue skin. He is the God of death, dissolution, dance, and regeneration. Shiva destroys the worlds so that Brahama can recreate them.

Krishna: This god is depicted as having 2 arms and blue skin. He is often thought of as the most beloved Hindu god. He is the god of love and compassion. He is often shown with a flute which he uses for seduction.

Rama: This god is depicted as a blue man. He is the god of virtue and truth. He is thought of as the perfect embodiment of humankind (mentally, physically, spiritually). Rama is thought to actually be a historical figure whose feats form the great Hindu epic “Ramayana”. He is often celebrated during Diwali.

Hanuman: This god is depicted as a man with a monkey face and tail. He is the god of physical strength, perseverance, service, and scholarly devotion. Out of all the gods his name is most chanted amongst Hindu’s in times of trouble. 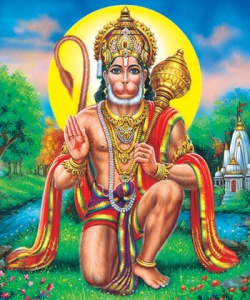 Vishnu: This god is depicted as having 8 arms. He is the god of peace, righteousness, truth, and order. He preserves and sustains life here on earth. In times of disorder it is thought that he will emerge and restore order and peace.

Lakshmi: This goddess is depicted as a 4 armed woman with gold skin. She is the goddess of wealth, prosperity (in both a physical and spiritual sense), beauty, purity, and domesticity. 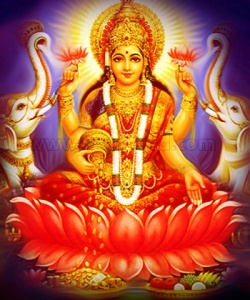 Durga: This goddess is often depicted with 8 arms and riding a lions back, while carrying many weapons. She is the mother goddess. She represents the fiery powers of the divine. She protects the righteous and destroys the evil.

Kali: This goddess is often depicted as either blue or black and she has 4 arms. She is often shown bloodsoaked, her tongue hanging out, standing on top of her husband. She is the dark goddess and is the goddess of death. She represents the unavoidable doomsday. 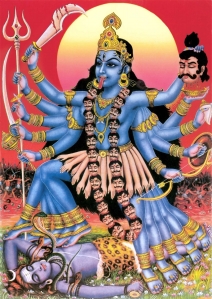 Saraswati: This goddess is depicted as a woman with 4 arms. She is the goddess of knowledge, art, and music. She endows humans with the powers of speech and wisdom.

Do you follow the Hindu pantheon? If so, who do you worship? Let me know in the comments along with any other thoughts or questions you have. Also, make sure to follow me here and on twitter so you get notifications on when I make posts and upload videos to my youtube channel. Until next time, Merry Meet and Blessed Be!

3 thoughts on “The Hindu Pantheon”