Cilantro and coriander come from the same plant and depending on where you are from are used interchangeably so for the sake of this post I will treat them as the same thing.

Cilantro has many magickal uses, the main one being love. Some of the other uses of it is for clairvoyance, divination, fertility, gain, health, healing, keeping secrets, passion, peace, protection, retention, and weddings.

Cilantro is associated with the planet mars, masculine energy, and the element of fire.

When used in spells it is great for love sachets and spells (remember though love spells have to be worded in a way that manipulates no ones personal will). You can add the powder of the seeds to wine to make a potion of lust (red wine would likely be best for this), you can hang in the home for protection, and you can use it crushed in drinks (like the wine) or in incense if you want to burn it). If you celebrate the great rite this is great to add to an elixir for your celebration. You can also through this instead of rice at a handfasting or add it to the handfasting cake.

If you like to use herbs to help with illness cilantro/coriander is best used for these ailments: digestive complications such as dyspepsia, stomachache, loss of appetite, and flatulence. I personally would brew a tea with cilantro/coriander in it to help relieve these issues.

Thanks for reading! Leave any thoughts or questions in the comments. Also, make sure to follow me here and on twitter to get notifications when I post. Until next time, Merry Meet and Blessed Be.

Green obsidian is used a lot during reiki to help balance the heart chakra specifically but also the throat chakra too. This stone removes hooks and ties caused from other people. It is great for treating the gallbladder and the heart. Not only is it great for relaxation and stress but it helps ease insomnia, protects you from nightmares, promotes the ability to flow with change, it promotes confidence, and helps you with the idea that everything is alright.

This stone is great for people who want personal counselling but don’t seem to be getting anywhere as it will help them really tackle their problems and help them become more self reliant. It is also great at keeping people away that will only drag you down with their own personal crises. Keep this crystal on you if you work with people (especially troubled ones) to keep your energies light and positive.

Lastly, if you worship Gaia, like myself, and you want to have some sort of tribute to her on your altar or make a little gaia jar this is a great crystal to put in it!

It is ruled by Venus and the element air. It is associated with Aphrodite. It is used in spells to bring happiness, tranquility, luck, health, protection, and letting go of a loved one. Can be used to deepen existing love. It can also be used to increase psychic dreams when used at night. It can be used to bring joy whether it is bringing joy in a handfasting or to help a deceased loved one find happiness in their next life.

After England removed the witchcraft law in 1950 Gerald Gardner “came out of the broom closet”. He rewrote the rituals of the coven he belonged to for accuracy. This Tradition is coven exclusive. You can’t really be part of this tradition as a solitary practitioner. In Gardnerian covens they have a degree systemin which one learns the craft. The coven has to initiate you into the coven. They do their work skyclad(naked).

Alex Sanders founded this tradition in 1960. It is inspired by Gardnerian Wicca. You still must be in a coven for this tradition. They also work skyclad and have similar rituals to Gardnerian. This tradition places more emphasis on ceremonial magick though.

George Patterson founded this tradition in 1970. Followers of this tradition are also known as the Georgian church. Rituals are inspired from Gardnerian and Alexandrian with some other elements added. In some of these covens members write their own rituals. Some work skyclad and others don’t.

Raymond Buckland founded this tradition in 1973. He was a protege of Gardner. Buckland taught the Gardnernian tradition for many years. He saw some flaws in it though so he started his own tradition. This tradition is based on Saxon traditions. Each coven decides if they will work skyclad or robed. Witches of this tradition can be initiated through a coven or through self-study.

This tradition focuses on the goddess with little talk of a god. The goddess is worshipped in her 3 aspects (maiden, mother, and crone). Since the 1970’s this tradition has been seen as the feminist movement of the craft. Some covens of this tradition are female only.

Tradition looks to ancient Celtic and Druidic deities and beliefs. There’s an emphasis on magickal and healing powers of plants, minerals, gnomes, fairies, and elemental spirits. Some rituals are derived from Gardnerian practice.

Although all Wicca is nature based this type of Wicca really focuses on nature. This type of Wicca tends to draw upon folklore, folk-religion, and folk magick. This tradition focuses a lot on the earth, trees, herbs, plants, and flowers for medicinal purposes and magickal value. They tend to grow their own herbs and have gardens. The deities worshipped varies on the Wiccan but typically Green Wiccans acknowledge the earth mother or a series of nature spirits as their deity. Typically spirits of nature, the dead (human and animal), or the fey are part of this tradition. This is the tradition I am currently interested in. 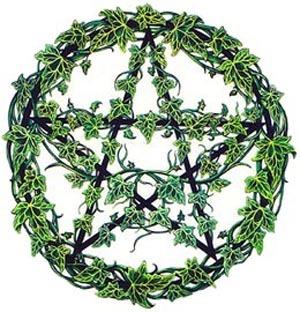 So there we have it, a description of common Wiccan Traditions. Don’t forget this is not nearly close to all of them. This is merely an overview of more common ones that are either fundamental to the creation of Wicca or that I find interesting.

What Wiccan tradition do you follow? Please feel free to leave thoughts and questions in the comment section! Merry Meet and Blessed Be!